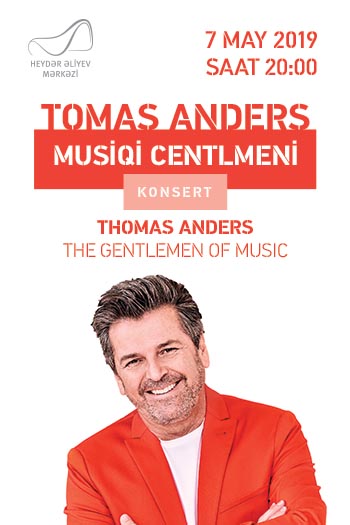 On May 7, the worldwide famous pop legend Thomas Anders, the soloist of the famous duo Modern Talking, is to give a concert at the Heydar Aliyev Center. The concert styled Thomas Anders – the Gentleman of Music will feature the most popular yesteryear hits.

Thomas Anders (born as Bernd Weidung) gained a tremendous popularity as a lead singer of Modern Talking band back in the 1980-1990’s, and has been a success story for almost 40 years.

His famous hit You’re My Heart, You’re My Soul was recognized as a number one single in 81 countries. After Modern Talking fell apart, Thomas Anders successfully pursued his solo career.

Both Modern Talking’s duo hits and Thomas Anders’ singles hit 125 million sales world over. The singer got over 420 gold and platinum records and numerous awards.