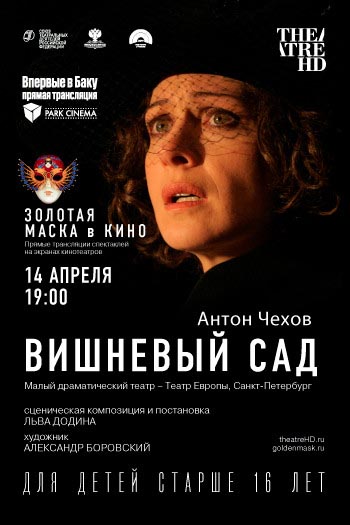 And you will only kindle your hands, when seeing you can treat Chekhov - easily and courageously, as with a living, clever, ironic author, and not an idol from a pantheon. And how these flashes of utter happiness illuminate imminent disaster. This admiration for the director's fearlessness does not only recede, but in the course of the action everything gets intensified.

Lev Dodin, following the wishes of the playwright, combined to a certain extent moments of tenderness and rudeness, tragedy and comedy in a way as if life itself could to have done so.

His performance is so lively and direct, its not stereotyped mise-en-scenes, its passionate troupe, this delicate balance of comedy and tragedy — all this gives the illusion of “life as it is,” in the words of Chekhov himself.
- Carol Rocamora, AmericanTheatre, USA, Brooklyn

Nominations for the Golden Mask Award

Events can be visited by:
From 16+ age