Piano is an instrument which captures many styles of music. 1st Baku International Piano Festival will be presenting Pianists with their groups of tango, jazz, flamenco, classic, modern music, turk sanat music, piano concertos with orchestra , dj/lounge music and others as well as introducing local talented young pianists.
Incredible concerts of different genres of music will be held at this festival.

Türk sanat müziği-  is the tradition of classical music originating in the Ottoman Empire. Developed in the palace, major Ottoman cities, and Sufi lodges, it traditionally features a solo singer with a small to medium-sized instrumental ensemble.

Performed by singer Güvenç Dagustun and the Tanini Trio, founded in 2006, an eclectic, lyrical instrumental trio of three Turkish musicians, each of whom has had a successful international career, you will hear Turk Sanat Music. 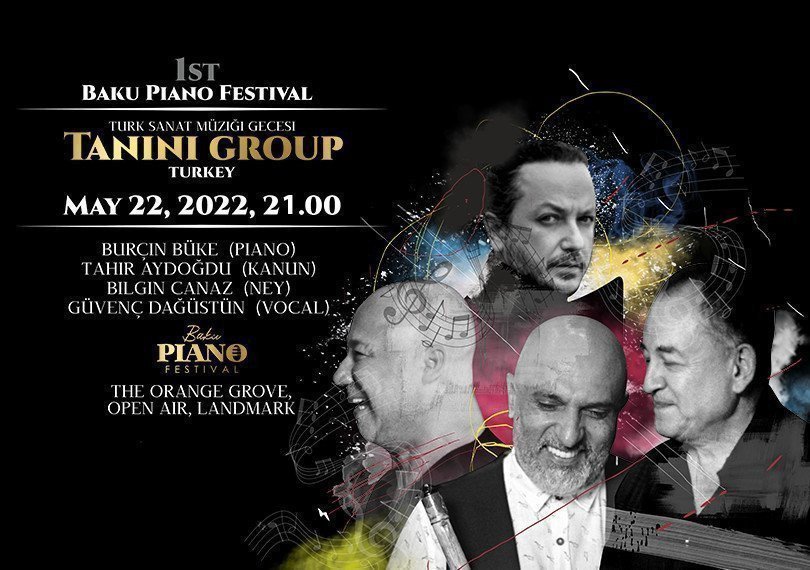