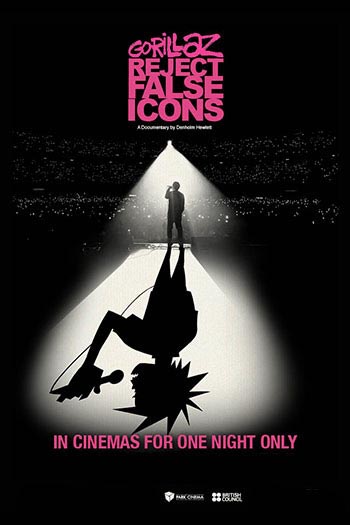 In his debut feature, director Denholm Hewlett followed the band’s every move for three years, covering the making of two critically acclaimed albums, ‘Humanz’ and ‘The Now Now’, as well as the band’s most ambitious world tour to date encompassing dates across Europe, North America, South America and Mexico, bookended by its own Demon Dayz Festivals in the UK and US. The result is the first ever all-access immersive journey into the world of Gorillaz and its extended family - featuring never-seen footage, where the virtual meets the real - to capture the wondrous chaos of life under the watchful eye of Murdoc Niccals (bass), Noodle (guitar), Russel Hobbs (drums) and 2D (vocals).

Events can be visited by:
From 18+ age