LP Announces First Ever Show in Azerbaijan On September 30th 2022

For the first time famous American singer-songwriter LP – aka LAURA PERGOLIZZI - will perform in Baku with her greatest hits and showcasing new songs from her latest studio album "Churches", which was released at the end of 2021.

The show will take place on Friday September 30, 2022 at Baku Convention Center in Baku, Azerbaijan.

LP has won the hearts and minds of millions of listeners around the world. Each of her songs is a real revelation for fans. Her sensual performance, exciting voice and definitely overwhelming energy make the LP concerts amazing, unforgettable and not to be missed!

“For me, all my listeners are one big family," says LP in an interview, "When you see burning eyes, you realize that your music gets inside them, it's an incomparable feeling, a real miracle. And I understand that my fans don't care at all how I look, how old I am, the main thing is that they immerse themselves in the songs, catch the message that I convey to them. We are united by love”

Known for her catchy lyrics in the “big indie” style, LP has enjoyed phenomenal success since the release of her debut album, Heart-Shaped Scar in 2001, her hit single “LOST ON YOU " has reached number one in 17 countries and has been streamed over a billion times!

Outside of her own unique creations, LP has written songs for a huge number of artists including Cher, Rihanna, the Backstreet Boys, Mylene Farmer, Celin Dion, Christina Aguilera and others!

Today she has her hit songs and record deals and plays sold out shows all over the world.

A Unique International Star will be performing live in Baku. 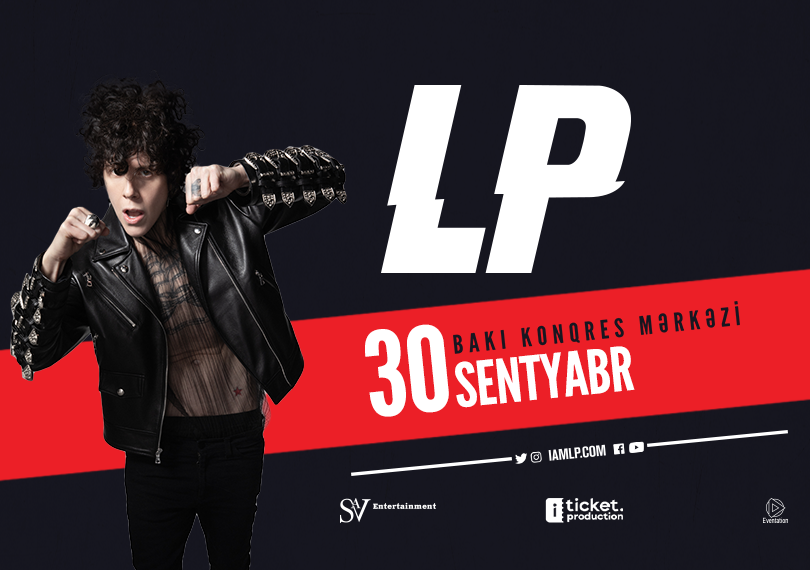